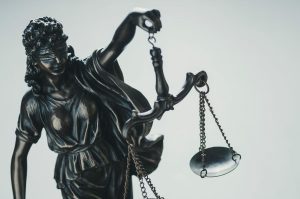 Sheikh Mohammed bin Rashid Al Maktoum, the ruler of Dubai, is appealing against a decision made by the President of the Family Division, Sir Andrew McFarlane, to publish two judgements relating to proceedings between himself and his ex-wife, Princess Haya of Jordan, about their two children.

Those proceedings concern applications made by the Princess as to whether the parties’ children should be made wards of the court, as well as an application for a non-molestation order and, in respect of one of the children, for a forced marriage protection order.

The President’s decision to publish these judgements and allow media reports from these proceedings is part of his push for greater transparency in the family courts. A ‘Transparency Review’ is currently being undertaken to consider access to and reporting of family law proceedings.  Since taking up his role, the President has issued two pieces of guidance on this topic.

Family law proceedings take place in private, as they concern sensitive issues, and in recognition of individuals’ right to protect their private and family lives.  Judgements are published however, most often on an anonymous basis, when it is considered in the public’s interest to do so. By publishing judgements, family courts are opened up to scrutiny, and public awareness and understanding of decisions made can be enhanced. This has become particularly important given the increasing mistrust and negative public and media perception proceedings concerning children and victims of abuse.

Despite a push to promote the publication of family law judgements in recent years, the rate of publication has still been slow, especially in private children proceedings.  In deciding to publish the judgements relating to the Sheikh and his family, the President appears to be practising what he preaches, and reminding judges that they should routinely publish judgements to promote public understanding of the proceedings over which they preside.

Clearly there is a balance to be struck between the public interest in having access to judgments and a deeper understanding of how family law courts operate, and the interests of the parties and the children about whom the judgment is concerned.

In making its decision as to whether or not the judgments should be published, the Supreme Court will therefore have to conduct a delicate balancing exercise between the competing rights of Article 6 (right to a fair trial), 8 (right to respect for private and family life) and 10 (right to freedom of expression) of the European Convention on Human Rights, as well as what is in best interests of the parties’ children. These children are in the public eye, are easily identifiable and should arguably be protected from having their family’s difficulties shared with the world. It is therefore interesting that Sheikh Mohammed’s appeal is opposed by Princess Haya and the independent guardian (appointed by the court to represent the children’s interests). Presumably they consider that the public interest of the judgment being disseminated is of such value that it should take precedence over the family’s right to privacy.

Although this is a high profile case involving royalty, some of the issues the parties are facing apply equally to families in all walks of life (issues of wardship and applications for non-molestation orders, for example). The general public could accordingly benefit from having access to decisions made by the senior courts in proceedings which have been argued by family law experts – knowledge and information which they would have never been able to benefit from otherwise. Given the number of individuals now representing themselves, having access to these decisions will enable them to understand the court process, the individuals involved in it and how the law works.

There is a growing trend for the judgements in cases involving the financial affairs of high profile individuals being made available to the general public without anonymisation given that many of the details of their lives are already in the public domain. This is generally not the case in decisions with sensitive issues involving children and victims of abuse who have a legitimate right to protection of their private and family life. However the drive towards transparency could make it even harder in the future for high profile individuals engaging in litigation about their children from keeping those matters out of the public eye.