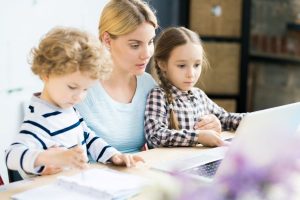 The House of Commons Library has published a briefing paper ‘Child protection: Duties to report concerns’.

The paper sets out current requirements regarding reporting known or suspected child neglect or abuse, as well as provide information on the whether a mandatory duty to report abuse or neglect should be introduced in England.

At present there is no general legal requirement to report known or suspected abuse or neglect by those working with children.

The only statutory guidance, that imposes no legal duty, states:

“anyone who has concerns about a child’s welfare should make a referral to local authority children’s social care and should do so immediately if there is a concern that the child is suffering significant harm or is likely to do so.” – Working Together To Safeguard Children

This requirement only requires those working with children to take into account any concerns they may have and if they depart from the guidance, there must be clear reasons for doing so.

Further guidance, that is not statutory, can be found in the Department of Education’s ‘What To Do If You’re Worried A Child Is Being Abused’ that aims to help practitioners identify child abuse and neglect, taking any necessary action in response.

Purporting that a mandatory reporting duty would offer greater protection to children, there have been calls for it to become mandatory for specific groups working with children to report and known or suspected abuse or neglect.

The Government however decided in 2018, following a consultation launched in 2016, that two possible reforms would not be introduced.  These were:

It was recognised that the mandatory reporting could reduce the risk of serious cases being passed unnoticed, it also raised a number of risks associated with the duty to act.

What are your views on mandatory duties to act in cases where it is suspected there is child abuse or neglect?