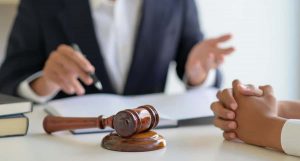 A major call for evidence has been launched by the Government seeking views on the best ways to settle family, business and other civil disputes away from the court room.

The Responses will shape future reforms to civil, family and administrative justice, with Ministers determined to help more people resolve their issues without the stress and cost of a court case. It will examine whether new technologies, as well as services such as mediation and conciliation, could provide smarter and less adversarial routes for finding resolutions.

It comes as research shows that more than 70% of those using mediation services will resolve their issues outside of a courtroom. In 2019, only 3% of the two million civil proceedings issued went to trial, showing the vast majority of claims can be resolved without the need for a judgment.

Indeed, the latest Mediation Audit conducted by the Centre for Effective Dispute Resolution (CEDR) suggested the overall success of commercial mediation is very high, with 93% of cases being resolved on the day or shortly afterwards.

A few respondents described participants feeling “safer” or “more relaxed” in their own space, but overall very few technical benefits were identified by mediators. In contrast, when mediators were asked what they disliked about mediating online, 14% mentioned technology issues but a very significant majority (84%) observed that the online medium was less effective for them in terms of
building rapport, reading the room, and generally making connections with individuals

Evidence is being gathered from a range of interested parties including the judiciary, legal profession, mediators and other conflict resolvers, academics, and the advice sector. It will provide the basis for future reforms later in this parliament.

We want the public, families and businesses to be able to resolve disputes easily and with as little stress as possible – avoiding often lengthy and costly court battles.

That is why I am delighted to launch this important call for evidence which will help shape our plans to harness new technologies and ensure more people can get resolutions in ways that work for them.

I look forward to hearing a range of views that will be invaluable in informing our next steps.

With nearly 30 years of experience as a commercial lawyer, I know the benefits of finding amicable agreements early to help parties move on constructively.

Too often the courts aren’t the best means for reaching such outcomes. That is why we want to improve the range of options available to people to resolve their issues, ensuring less adversarial routes are considered the norm rather than the alternative.

I urge anyone with an interest to contribute to this call for evidence, which will help us to create a better and fairer justice system as we build back from the pandemic.

Litigation will always remain as an option open to everyone, and some cases will inevitably require people to go to court.

But the Government wants people to have a greater range of options to settle disagreements proactively and constructively – via routes most appropriate for their particular case.

It comes as research shows that more than 70% of those using mediation services will resolve their issues outside of a courtroom. In 2019, only 3% of the two million civil proceedings issued went to trial, showing the vast majority of claims can be resolved without the need for a judgment.

In one case, mediators were able to settle a dispute between two sisters who disagreed over what to do with a £1m flat left to them in their mother’s will. Mutual distrust between the two meant that face-to-face mediation risked making the situation worse. One wanted to sell the property, and the other wanted to refurbish and let it out.

A qualified mediator was able to meet each sister separately and forge a path towards a suitable settlement, with one of the sisters paying the other half of the value of the flat.

In another case, a mediator settled the differences between a separated couple who could not agree on child arrangements. The father had not seen his nine-year-old daughter for three months, despite previously having regular contact. Insisting on taking the case to court, the mother and father were persuaded to have a mediation session before going to a judge. This support helped the couple to reach an agreement – setting the conditions for the father to see his daughter again.

Mediation can help people who seem poles apart reach agreement. This case illustrates how helping parents focus on their child’s needs enabled them to reach an immediate agreement with positive outcomes for all parties involved.

Going to court would have taken much longer, likely resulting in considerable more anguish for the child and parents, who would have had no control over the outcome.

The call for evidence will last for eight weeks and closes on 30th September. View and respond to the consultation here: https://consult.justice.gov.uk/digital-communications/dispute-resolution-england-wales-call-for-evidence/