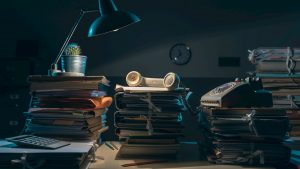 The House of Commons Justice Committee has released its second report of 2019 into the Court and Tribunal Reforms amid serious concerns about the effect on access to justice and its efficient despatch of the current court and tribunal modernisation programme.

Although the report agrees that services that have been long overdue, are being implemented, the new technology being introduced is alienating users and raising barriers to access these new areas.

Vulnerable users are the ones most likely to need the services, however the lack of legal advice and support means they lack confidence and skills to navigate the system themselves.

Recommending access for court users to a network of assisted walk-in digital Online Centres, the report also recommends the halt of planned court staff cuts until it is confident that it ‘can deliver an acceptable service’ as well as ‘no further court closures without robust independent analysis of the effects of closures already implemented.’; instead supplementary venues should be established as a matter of urgency in areas where there have been court closures.

There are also further references to various areas that the court system is failing the people that need to use it, from dilapidated buildings inaccessible to those with mobility issues, to the need for research into the outcomes of trials by video link.

The report follows conclusions by the Public Accounts Committee (PAC) and National Audit Office (NAO) that the HMCTS faced “a daunting challenge in delivering the scale of technological and cultural change necessary to modernise the administration of justice, and achieve the savings required” and that there was “little confidence in successful delivery of the transformation programme, and raised concerns that HMCTS had not adequately considered the impact of the reforms on access to justice for vulnerable people or on the wider justice system.”

The introduction of some services online has been marked as a triumph, especially the online divorce tool, that shows impressive statistics when it comes to the amount of use and a significant reduction in returns.

The same has been seen from the Online Civil Money Claims (OCMC) which has seen 70,000 claims processed online with a satisfaction rate just under 90%.

However, there are still concerns in using the technology.  Members of Resolution recently surveyed found a majority were complaining of longer processing times when it came to divorce proceedings; the centralisation of processing petitions meant that it was no longer spread across the courts in the family jurisdiction.

Delays could then cause issues for the parties involved as final financial orders could not be made until the decree absolute was issued.

Other areas criticised in the report were the lack of support for those with poor digital skills, limited access to technology and low levels of literacy.  It felt that “HMCTS has not taken sufficient steps to address the needs of vulnerable users, particularly as regards an absence of adequate legal advice and support.”

“We understand that courts and tribunals are strained to breaking, with systems that ever more people are having to try to navigate for themselves. … we are concerned that a vulnerable person… could be left trying to negotiate enough time at a library to file papers or tune in to an evidence hearing where they are trying to get justice.

“The ministry must halt planned deep staff cuts in court buildings until it is confident it can provide a proper alternative service, and end further court closures until the past effect of closing courts on the people who use them has been properly assessed.”

Responding to the report, Susan Acland-Hood, the CEO of HMCTS said:

“We don’t believe the report presents a balanced assessment of reform, but along with colleagues at the Ministry of Justice and the senior judiciary, will take the time to carefully address the committee’s findings and respond fully in due course.”

Do you agree that HMCTS is doing enough to meet demand for users and provide access to justice for all with new services and technology, whilst at the same time taking away physical courts and employee cuts?  Or do you agree with MP Bob Neil in that the government needs to ‘pause for breath’ until HMCTS is confident it can both provide adequate access to justice for all, whilst closing courts?