Consultation On The Calderbank Offers In Financial Remedy Proceedings 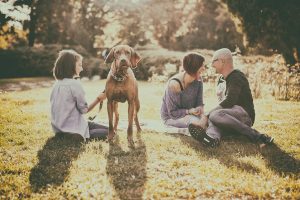 Since 2006 the general rule regarding orders for costs in financial proceedings, is that there shall be no order; save in some circumstances mentioned in the Family Procedure Rules 2010 (FPR), which include whether it was unreasonable for a party to raise an allegation or issue and failure by a party to comply with the rules.

The courts prefer parties to negotiate through means such as mediation rather than litigate, with the deterrent that both parties will have to pay for their own costs.

At present the FPR does not allow ‘without prejudice save as to cost’ offers, known as Calderbank offers, to be admissible in relation to costs under the ‘conduct’ of a party in the proceedings.  To quickly define a Calderbank offer;

Calderbank offers had been regularly used in family proceedings and considered by the court at the conclusion of financial proceedings. However, in 2006 new costs rules were introduced meaning financial remedy cases instead had open settlement offers, whereby there would be no order for costs; each party had to pay their own costs.

The Ministry of Justice is currently running a consultation on whether Calderbank offers should be taken into account in regard to a party’s conduct when considering making an order for costs in financial remedy cases.  The ‘no order’ rule would still remain, meaning that so long as each party acts reasonably, then no cost orders will be made.  However, should a party not conduct themselves properly, then an order can be made at the discretion of the court.  Under the proposed changes, rejecting a reasonable ‘without prejudice save as to costs’ offer, without a reasonable excuse, would fall under this unreasonable conduct.

Family law cases are unpredictable and for the most part acrimonious, often parties will fight on principle rather than rationally thinking about the extra expenses involved in fighting over small details.  It is quite easy for costs to spiral out of control over what most would consider petty items, such the food that was in the house at the time of separation!  A controlling or abusive spouse may use the tactic of delaying correspondence or refusing a settlement offer as a means of control or to purposefully run up costs.  Therefore, it would make sense that all areas of unreasonable conduct be considered when deciding an order for costs, including a Calderbank offer.  Should a spouse produce a reasonable settlement offer that is then refused, for the other party then to have a less favourable outcome in court, is it fair that the offeror incurred the extra expenses of litigation?  Should the ‘losing’ party be responsible for the extra costs following a reject reasonable offer?

The consolation will be open to responses until the 31st October and can be found here.