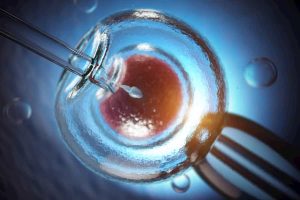 Under current rules, a woman’s choice to delay having children is being restricted, causing heart-breaking decisions when the time limit on storing her frozen eggs comes to an end.

The Government however are calling for views on whether the current limit of 10-years, should be extended.

At present, the time limit for storing frozen eggs, sperm and embryos is 10-years, or if a woman has had circumstances that have affected her fertility, this may be extended up to 55 years.

A large jump in a time limit that on the face of it makes no sense scientifically, but rather a gamble that a person with no choice in losing their fertility, may need to take; a child as a result of eggs stored for a longer period with unknown consequence, or no child at all. This is the view of a layperson however, as I am no expert in the area of frozen gametes.

For women who are healthy, there are increasing numbers who are taking the option to freeze their eggs, enabling them a chance of having a baby later in life.

It is thought that a woman’s eggs are in their prime during her mid-twenties to mid-thirties, however the moment the eggs are frozen, the time starts ticking. Fertility charity Progress Educational Trust (PET) has stated that the limit has pushed women into egg freezing later, the most common age now being 38.

Sarah Norcross, Director of PET said to the BBC that the time limit was:

“A very clear breach of human rights. It curtails women’s reproductive choices, harms women’s chances of becoming biological mothers, does not have any scientific basis (eggs remain viable if frozen for longer than ten years) and is discriminatory against women because of the decline in female fertility with age.

“It is an arbitrary and outdated piece of legislation that does not reflect improvements in egg-freezing techniques and changes in society, which push women to have children later in life.”

“While any change to the 10-year storage limit would be a matter for Parliament, as it requires a change in law, we believe the time is right to consider what a more appropriate storage limit could be that recognises both changes in science and in the way women are considering their fertility,”

The Government consultation asks whether the current 10-year limit should be changed but raises issues such as the increased risk of complications for both mothers and babies when the mother is older.

It also questions whether prolonged storage would increase genetic problems or degeneration, but they will take into consideration the latest scientific evidence.

It seems however that the consultation gives focus to the financial issues with storage, but in relation to the costs to storage facilities:

“Long–term storage carries the risk that clinics will lose contact with the patients (with the resulting non-payment of storage fees). Clinics cannot destroy gametes or embryos before the maximum storage limit is reached if contact is lost, unless they have written agreement to this from the gamete or embryo providers.

“Patients are not obliged to agree to any local arrangement that their gametes or embryos can be disposed of if they do not maintain contact with the storage centre or pay the storage fee, with the result that the material stays in storage until the statutory limit is reached, with the storing establishment, including those in the NHS, meeting the continuing costs of that storage.”

The Department of Health and Social Care consultation can be found here.

Do you think the current time limit of 10 years for the storage of sperm, eggs and embryos should be extended? We would love to hear your experiences and view.