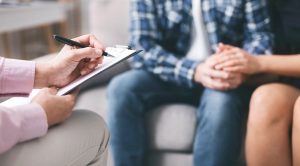 Thursday 13th February saw the debate in the House of Lords focus on the All Party Parliamentary Group for Adoption and Permanence’s report ‘Investing in families: the Adoption Support Fund beyond 2020’.

The debate was proposed by Lord Russell of Liverpool, who had an interest in the debate as governor of the Thomas Coram Foundation for Children.

The report was published in July 2019 and found that the Adoption Support Fund (ASF) had had a positive transformative effect on adopted children and their families and that the government should provide longer term funding after March 2020.

The ASF had been introduced in England in May 2015, championed by Edward Timpson, who was Minister for Children at the time.  The fund was designed to find alternative and creative ways to help families deal with the effects of trauma on behaviour and well-being of adopted children.  It was Mr Timpson’s own personal experience that inspired the fund, having grown up with two adopted siblings and his parents having fostered 90 children.

Despite its great success, the ASF had been set up with the view it would last 5 years, and this term is now coming to an end.

In the 5 years it has been running, the government has contributed over £150 million in therapeutic support for more than 38,000 families

In October 2019 Gavin Williamson, Secretary of State for Education, announced an extra £5 million funding for the ASF which would allow an extension to the fund of 1 year to March 2021.  The announcement had been made at Coram at the start of National Adoption week.  Mr Williamson had stated:

“This Government will do everything we can to help support young people into an adoptive home and we’re tapping into the expertise of the wonderful people that work in this sector. In recent years, the trend that concerns us all is the disparity between numbers of children awaiting adoption and adoptive families ready to take them. This is a trend that must change, and I want to do everything I can to help you do that.”

Alongside the Adoption Support Fund, Mr Williamson also announced extra investment into Regional Adoption Agencies to help find more adopters across the country. A £645,000 investment will help towards finding adopters for “hard to place” children.

Despite the extra funding to support the fund until 2021, the government had stated that any further funding and the future of the fund would be dependent on a spending review.

During the debate on the report on the 13 February, Lord Russell of Liverpool stated:

“I shall try to articulate the case for its long-term continuation and measured expansion, and suggest how it can be even more successful in helping to mitigate the effects of trauma, and in so doing transform and improve the lives of adoptees and their families, saving the state a huge amount of money. To borrow from the words of Mark Antony: I come here to praise the Department for Education, not to bury it.”

Raising the recommendations within the report, Russell stated that prevention was better than cure and urged the Department of Education and Department of Health to:

“to assess and potentially extend initiatives such as the Oxford Parents Under Pressure pathway, the London and Glasgow Infant and Family Team and the Norfolk Parent-Infant Mental Health Attachment Project, and to build the learnings from these into discussions during the spending review about how to present and/or mitigate the onset of trauma.”

This point was supported further by Baroness Massey of Darwen:

“to spend money on early intervention rather than waiting for problems to build up and possibly become out of control. Not only is it humane to provide such early intervention, it also saves a great deal of money in the long run in relation to anti-social behaviour, educational achievement and health outcomes”

Other issues raised by Russell included:

All that took part in the debate spoke of the success of the fund and the benefits it had had to over 38,000 families, and asked the government to continue the fund past March 2021.

“Please do not let us hear of financial considerations regarding the future of the fund, because it provides astoundingly good value for money. Indeed, the Government would be guilty of gross profligacy with public resources were they to decide to end the fund—or even underfund it”

The Department of Education’s representative Lord Agnew finished the debate with reinforcement that all governmental spending after 2021 would be subject to a future spending funding settlement.  However, the questions raised by the debate as well as recommendations from the report were also discussed, such as extending access to the fund to new groups of children, but the department does not want to “duplicate support that should already be provided elsewhere”.

With 84% of adoptive parents surveyed feeling that the ASF had “helped their child and made the adoption placement more stable and less likely to break down”, the fund is one that many hope to see continued until 2030, especially as the benefits also extend to the savings in costs to the government when adoptions breakdown.

Russell finished the debate with a quote from an adoptive parent who had used the ASF:

“One can have no better celebration of the fund’s success than that.”

The full debate can be found here.