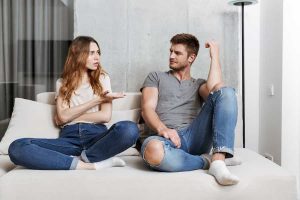 The Office of National Statistics (ONS) has reported that the number of couples stating adultery as their grounds for divorce has fallen over the past decade.

The figures by the ONS are encouraging for family law practitioners as those who make an application under these grounds often have a higher level of animosity and generally more difficult to make decisions regarding finances and children in an amicable way.

There will be couples who still cite adultery as their grounds for divorce as it can be seen as the ‘quicker’ way to obtain a divorce as it is there are no grounds to challenge. There are also less details and information required on the application, which people may prefer as they do not wish to ‘air their dirty laundry’. A judge can also make the decision quicker as the matter is clear cut.

The introduction of the Divorce, Dissolution and Separation Bill should help prevent animosity in some separating couples by removing the need for fault and allowing couples to make joint applications when it has been a mutual decision.

Progress of the ‘Divorce Bill’

The Divorce Bill is currently awaiting its 3rd reading at the House of Lords, on the 24th March 2020 following the Report Stage on the 17th March.

During the Report Stage, there were issues raised regarding the ability for one party to issue divorce proceedings without the other party even knowing it. Lord McColl called for:

This sentiment was supported by Baroness Howe of Idlicote, who felt that that respondents were ‘severely disadvantaged in a no-fault context when compared with respondents in the same position under the current law’ and that “they are exposed to a potential statement of irretrievable breakdown without any warning”.

The 20-week wait that was suggested by Lord McColl however was argued against by various Lords, including Baroness Butler-Sloss and Baroness Shackleton of Belgravia, who felt that it would only prologue the process as well as increase risks for those in abusive relationships. The argued that people do not apply for divorce lightly, they have already made up their minds and that if “there was a possibility that the marriage was retrievable, they would have explored it before filing.”

Prior to the Report Stage in the House of Lords, The Law Society had released a briefing paper that had also called for a “full 26-week period of notice” for a respondent, starting from when notice is received, in applications by just one party.

This issue was raised by Baroness Meyer who looked to amend the Bill, alongside Lord Curry.

Baroness Meyer stated that it “is all too easy for a sole petitioner to avoid his or her obligation to give notice to the respondent” and that a respondent may be unaware that a notice period had started and leave them at a disadvantage. She raised the point that David Hodson, had previously stated:

“The intention of Parliament of divorce by notice over 26 weeks actually applies only to the applicant for the divorce. The recipient respondent will have less, perhaps much less and possibly even only a few weeks and yet have no opportunity to object. Any idea that there would be reflection and consideration…”.

Baroness Meyer, in line with the The Law Society recommendations, stated that:

“The simple solution to the problem is to make the start of proceedings in the case of single applicants for divorce the date on which the application is served on the other party, rather than the date it is made by the petitioner.”

During the debate however, there were those who felt that this issue should be dealt with by rules enforced Family Procedure Rule Committee and the Family Division.

Did you follow the House of Lord’s debate regarding the amendments? Do you agree with the recommendations by any of the Lords or The Law Society?