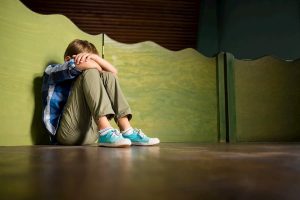 Figures released by the ONS have found that the latest figures from the Crime Survey for England and Wales have shown little change in the cases of domestic abuse in recent years, despite an increase of 24% in the numbers of domestic abuse-related crimes between March 2018 – March 2019.  The increase in recorded cases has been put down to an improved recording by the police as well as an increase in reporting by victims.

Charging and conviction rates remained relatively stable (there was only a 2% decrease in charging rates) despite the increased number of recorded cases.

The government definition of domestic abuse is one that is “any incident or pattern of incidents of controlling, coercive, threatening behaviour, violence or abuse between those aged 16 or over who are, or have been, intimate partners or family members regardless of gender or sexuality”.  The report has shown that the majority of cases will involve a partner rather than a family member.

Domestic abuse campaigns tend to highlight partner abuse, yet over £800,000 adults are estimated to be abused by a family member in the year ending 2019.  Many victims may feel they cannot speak out against family members or may be in a situation where they cannot report any abuse due to being ostracised by other family members.  There are also cultural barriers, whereas abuse in the form of forced marriages, ‘honour based’ violence and female genital mutilation.

The upcoming election has seen each main party provide different pledges in respect of domestic abuse.  These are some of the manifesto details;

The Conservatives
The Domestic Abuse Bill will be passed, legally requiring councils to provide secure homes for those fleeing domestic violence.  There would also be an “increase support for refuges and community support for victims of rape and sexual abuse” as well as other promises to fight violence against girls and women.

Labour
A commissioner for violence against women and girls will be appointed as well as an independent review will be established into the ‘shamefully low rape prosecution rates’.  Labour has also stated that they wish to introduce the 10 days of paid leave for survivors of domestic abuse, similar to a law recently introduced in New Zealand.
Labour have also stated they will prevent abusers from cross-examining their victims in court, a key proviso of the Domestic Abuse Bill.

Liberal Democrats
The Liberal Democrats have included in their manifesto a pledge to ratify the Istanbul Convention, a treaty that ‘opens the path for creating a legal framework…to protect women against all forms of violence’, which would include a statutory definition of domestic abuse that would include the impact it has on children.  There is also a pledge to open more refuges and rape crisis centres.
As with the Conservatives and Labour, they have also stated they will prevent abusers from cross-examining their victims in court.

Domestic violence and abuse will not be a problem that can be easily solved, especially as it is mainly behind closed doors; however, with improved and increased reporting and high CPS conviction rates, as well as political eyes focused on tackling the problem, we can only hope that further releases from the ONS show more favourable figures.