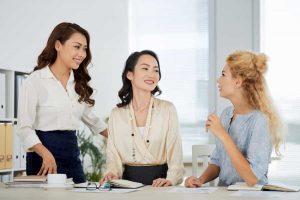 Once viewed as the assistant to a solicitor with a main aim of aiding them in the development of a case, the role of a paralegal is now unrecognisable. Gone are the days when a paralegal’s main function was to act as support or admin alone.

Law firms are encouraged to fully utilise the expert staff at their disposal. Considering many paralegals are academically qualified in the legal sector through GDL or LPC certificates, or via nationally recognised paralegal qualifications via NALP, it is unsurprising that many firms are dependent on their paralegal staff to complete fee earner roles.

Amanda Hamilton, Chief Executive of the National Association of Licenced Paralegals (NALP), a non-profit Membership Body and the only Paralegal body that is recognised as an awarding organisation by Ofqual, has taken the time to explain the changing role of paralegal staff, the increasing importance of paralegals in the sector and the benefits and opportunities open to law firms.

How has the role of the modern paralegal developed over the past decade?

To a certain extent, this is still the case today. However, since legal aid was virtually eradicated in 2013, most consumers are unable to afford the fees of solicitors who may charge anywhere between £150 – £600 per hour for their services. It’s a similar story with regards to barristers’ fees.

Consequently, paralegals are now filling this gap to enable consumers to gain access to justice at a reasonable cost. Some are setting up as sole practitioners or opening up their own firms.

The questions people ask are mainly about what paralegals are able to do. Well, the answer is virtually everything that a solicitor can do with the exception of reserved legal activities as defined by The Legal Services Act 2007. These reserved activities are centred around being able to represent a client in court or having the ability to conduct litigation on a client’s behalf.

Despite this, there is evidence that many courts, at their discretion, are allowing competent paralegals to represent their clients to avoid them having to deal with Litigants in Person i.e. clients representing themselves, which slows up the court hearing process. Conducting litigation can be done by the client themselves with a competent paralegal giving them guidance along the way as to what needs to be done and when.

Why are paralegal employees so important to the legal sector?

Utilising the services of a qualified/experienced paralegal is not only beneficial to the legal sector but also to other organisations outside of the sector. Recognising the ability of a career professional paralegal and nurturing this, can have a positive effect financially.

Paralegals are not solicitors but nevertheless they may have just as much knowledge and perhaps more experience in a specialist area of law.

These days, when many firms are economically challenged, it makes sense to employ specialists in a particular field rather than employ solicitors. Furthermore, paralegals can be taken on as freelancers or contractors, and can cover for maternity leave or illness.

Why should the legal sector embrace paralegals?

There is an abundance of law graduates coming through the system. The reasons for this are many but the lack of training contracts and pupillages mean that many of them, who are brilliant prospects, are falling by the wayside, and their skills are not being utilised as they should. There is a whole underground workforce out there to be grasped with both hands.