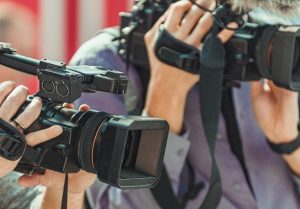 Sir James Munby, former president of the family division, has spoken about the effect of section 12 on family courts. Since the withdrawal of legal aid to family cases in 2012, that have made family courts a “lawyer free zone”, the effects of section 12 are causing a “black hole” of effective scrutiny.

Speaking at a conference on shared parenting in Edinburgh on the 10 February, Munby raised the case whereby Judge Tolson had effectively redefined the definition of rape as the woman had “taken no physical steps” to stop her rapist. He used the case to show the depth of problems in family courts.

“The effect of Laspo [the 2012 Legal Aid, Sentencing and Punishment of Offenders Act], with its withdrawal of legal aid from most private law disputes, has been to make the family court an increasingly lawyer-free zone, with ever increasing numbers of litigants having to appear unrepresented and without legal advice…

“The restrictive provisions of the now elderly and hopelessly obsolescent section 12 of the Administration of Justice Act 1960 mean that, absent a published judgment, there is very little that a journalist who has exercised the statutory right to attend a family court hearing can actually publish about the case.

“There has been far too little research into what is actually happening in private family law cases. There is virtually no accessible data as to what is going on in the courts, or as to the orders being made … let alone as to outcomes more generally. Not merely is the private law family court an increasingly lawyer-free zone, it is, to all intents and purposes, a black hole in relation to data and researchers.”

Munby also added that despite the “suffocating effect of section 12, whereby there are reporting restrictions in the family courts, litigants are contacting MPs and journalists to highlight “the experiences they have suffered at the hands of the private law family justice system”.

He called for an urgent need to address the problems with section 12, as it is “increasingly clear” that it should be repealed and replaced with a “much less restrictive, more drawn and more focused legislation better suited to the modern world.”

Other matters that Munby felt demanded attention were:

A comprehensive review of English case law, international literature and all the existing non-legal research into the existence, causes, and consequences, and means of identifying parental alienation and domestic abuse in all its forms.

A time-limited survey to review in every case during the survey period, enough of the key information to enable one to see what is going on at all levels of the family court in cases under Part II of the Children Act 1989 and Part IV of the Family Law Act 1996.

In bringing his speech to a close, Munby concluded that the recommendations made were to improve confidence in the family justice system as well as save the system from collapsing.

“Our public law system is under considerable scrutiny and attack… there is much less direct criticism of the judges. In stark contrast, the attacks on our private law system have much less to do with the law and are much more focused on the alleged failing of the judges.

These criticisms are immensely damaging and, unless addressed, and seen to be addressed, with vigour, and with a complete lack of either complacency or sentimental self-protection, will sooner rather later, I fear, bring the system to its knees. Confidence in the system is at an all-time low, and unless drastic steps are taken, it will sink even lower.”

Do you feel that reporting restrictions under section 12 are causing a black hole of knowledge of what happens in family courts, with only the cases from litigants who feel desperate enough to raise issues through publications showing what is happening in a handful of cases?