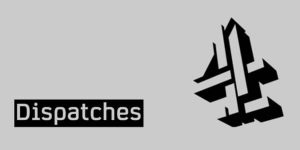 Channel 4’s “Dispatches” has revealed how family courts can order the police to forcibly remove children, who are not in danger, from loving homes. The programme showed disturbing and never before seen footage of police forcibly removing children from their mother at midnight, to be taken to go and live with their father.

Presently there are no published statistics detailing how many enforced removals take place, so Dispatches researchers sent an FOI to Her Majesty’s Courts and Tribunals Service and to every police force to try to find out, but were met with the response that it would be “too costly to answer the question”. Out of the 46 police forces just two said it was possible to give figures.

Between them they identified 24 enforced removals over five years but indicated there could be more.

Dispatches also conducted the largest ever survey of legal professionals practicing family law, asking them about their experiences of the various levels of court. 297 experienced family solicitors and barristers were asked about this type of forced removal, 42 of which had witnessed orders for this type of removal over the last 3 years.

Dispatches also set up online questionnaires those who have used the family courts. Over 4,000 self selecting respondents replied and over 2,000 parents said they felt the judge was actively hostile towards them.  Results also show that among those whose cases had concluded, over 70% of both mothers and fathers were unhappy with the outcome. 67% agreed or strongly agreed that their children’s mental health had been affected by participation in the family court proceedings.

The survey also revealed that Court proceedings were reported to have taken on average 18 months to complete, with 1 in 10 cases lasting more than 5 years. The average cost of proceedings was said to be around £13,000, though 1 in 20 claimed they had spent over £100,000.

Speaking about the law that family court proceedings can not be reported without express permission from the judge, Claire Waxman, Victim’s Commissioner for London, says

“the family courts need a major overhaul, that secrecy is actually enabling abusers and so it’s really important that we lift the lid off the family courts and we actually understand the court decisions that are made”.

Among the legal professionals one of the most disturbing survey results was that the majority felt the lower courts are particularly letting down victims of domestic abuse and their children. When asked how well judges understood domestic abuse and coercive control 4 out of 5 lawyers who responded said magistrates have a poor or very poor understanding. 1 in 3 said District Judges also have a poor or very poor understanding of these issues.

“I do see good practice by Judges. I see some Judges who’ve quite clearly had training in domestic abuse and coercive control, and they’ve taken a very careful approach and have given exceptional judgments. But they’re very few and far between and that’s my concern.”

When asked if a Judge would restrict the number of domestic abuse allegations that the court would hear, three quarters of experienced lawyers said that this happened in nearly all their cases.

Even when a court finds that a victim has been abused, almost 4 out of 5 of the lawyers responding said judges had gone on to order children to have contact with the perpetrator in at least half their cases.

Dispatches also found that parental alienation allegations were 5 times more likely to be made against parents who said they were victims of domestic abuse.

“An alleged victim will attend court and they will make the court aware of instances of domestic abuse, only to be told that the other party has also lodged counter allegations in response to the evidence of domestic abuse of parental alienation.  It’s a weaponized allegation that’s now being used as a trump card in a domestic abuse case…”

Bob Greig, Co-Founder of the organization Only Dads, says:

“The bringing together of domestic abuse and parental alienation even in the same sentence is a recent phenomenon and I don’t see why they are coming together in this way… If there was domestic violence in that relationship, it’s perfectly natural for a child to want to go and live with the non-abusive parent, and that isn’t parental alienation.”

A University of Cardiff review of research into orders that family courts make to remove children from one parent to the other found that there are, “few to no high-quality evaluations of interventions… in relation to parental alienation.” As a result the authors said they could not find “any robust evidence” for the effectiveness of interventions such as enforced removal. They also concluded it is “very rare” for a parent to instil false beliefs about the other parent into a child.

Claire Waxman, the Victim’s Commissioner for London, reveals that many Family Courts in this country are routinely appointing certain experts who are not regulated or accredited by professional bodies.

“We have got evidence of quite a number of experts who are not affiliated to any regulatory body… if there are issues around that expert’s behaviours – if you want to hold them to account or any route to redress, there really isn’t any, and I think that’s hugely concerning,” she says.

Last year the Ministry of Justice announced updates to domestic abuse legislation and the Domestic Abuse Act 2021 was passed this year, giving more protection to victims.

The Ministry of Justice has responded to the Dispatches findings, stating that:

“Last year we announced an overhaul of how Family Courts deal with domestic abuse cases …These provide extra protection for victims and stronger powers to block abusers from repeatedly dragging them back to court. We are currently reviewing the presumption of parental involvement where there is a risk of harm to a child.”