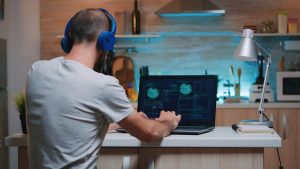 The Office for National Statistics (ONS) Crime Survey for England and Wales showed that there were an estimated 4.6 million fraud offences in the year ending March 2021, a 24% increase compared with 2020 figures. The survey also  revealed that fraud and computer misuse offences have risen by more than a third in England and Wales, largely driven by the COVID-19 pandemic.

In line with general trends, the legal sector has also fallen victim to large increases in cybercrime and computer misuse offences. The Solicitors Regulation Authority (SRA) Scam Alerts in June 2021 reported a 125% increase from January 2020, with some recent high profile incidents also being widely reported in the media.

Councils in England, Scotland, Wales and Northern Ireland have also seen a significant rise in the number of cyber attacks over the last 12 months.

A Freedom of Information (FoI) request to 47 councils by technology solutions provider Insight identified an average rise in cyberattacks of 213 percent in the period from March 2020 compared to the year before.

Hackney Council was the victim of a cyber attack in November 2020 with serious services disruption still affecting services. A statement on their website says

Council services are currently significantly disrupted due to a serious cyber-attack, and you may experience difficulty contacting us or using our services.

Key essential services, including our coronavirus response, continue to operate, but some of our services may be unavailable or disrupted for some time.

We are working hard to restore services, protect data and investigate the attack with the National Cyber Security Centre, National Crime Agency and external experts.

“(strengthen) defenses to protect remote workers and eliminate gaps in security that could allow attackers to threaten essential services. It’s likely that many councils cannot do this alone. They need support and resources from central Government, or else we will see more and more employees and councils falling victim to attackers.”

While most other areas of crime in England and Wales showed significant decreases, domestic abuse offences increased by 6% over the year, this included 672,383 violence-against-the-person offences flagged as domestic abuse-related. The ONS said it was unable to conclude whether there had been an increase in domestic abuse victims over the last year, because of changes in police recording of such offences. Additionally, the crime survey was unable to collect data on domestic abuse as concerns around confidentiality and respondent safeguarding limited the types of questions asked.

But, the ONS said data from victim services suggested that experiences of domestic abuse may have intensified during lockdown and that victims faced difficulties in safely seeking support during these periods.

The full survey can be viewed here.