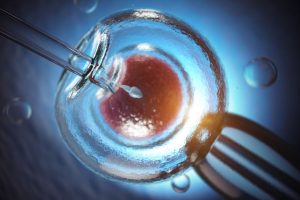 A “highly unusual claim” is current being heard over the access to a fertility clinic’s private records concerning the storage of a dead person’s “sperm and/or embryos”.

Lawyers have applied to court representing the estate of a dead individual, who’s gender cannot be revealed, for permission to see the records held by a UK fertility clinic, under the Access to Health Records Acts 1990 (AHRA).

The AHRA was established for individuals to access and inspect their own health records. In some cases, representatives are given permission to also inspect the records. However, access to the records can be withheld if it would be likely to cause serious harm to the physical or mental health of anyone or identify anyone other than the patient.

As the lawyers are acting for a deceased person in the application, this is entering into relatively new legal territory.

The case is being heard by Sir Andrew McFarlane, president of the family division of the High Court.

In a statement, the court stated:

“The president of the family division has heard today in private an application concerning an application under the Access to Health Records Act 1990 to a fertility clinic by a personal representative of a deceased’s estate for access to health records regarding the posthumous storage and use of sperm and/or embryos.

“The president made a reporting restrictions order and no further details, including the names of parties and individuals involved, can be reported at present. Judgement has been reserved.”

There has been some debate regarding what happens to frozen gametes after death, which was described by the Guardian as a balance between the rights of the deceased and the rights of those who are not yet born.