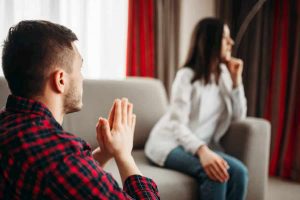 As the current court reform initiatives come under increasing criticism from a variety of parliamentary committees, the Labour Party has announced the reforms to the justice system in what it claims will “rebuild our public services.”

The Labour Party has pledged to spend over £100 million in upgrading the court system and halt current court closures and cuts to staff until a thorough review into the reform programme and its effects take place.

The Justice Reform Committee has criticised HM Courts and Tribunals Service (HMCTS) for failing to consider the effects of court closures on the local communities they represent.

The Committee found “serious difficulties“ for those trying to access justice through the courts because of the closures and expressed concern for the seemingly lack of thought as to how open courts will cope with increased workload.

Since 2015, 127 court buildings have closed with 77 planned in the near future. The Labour Party hope that increased investments will ensure fewer closures take place, making it easier for people to access justice.

Increased protections were pledged for victims of domestic abuse with improved safety to the family court system deemed a priority to justice reform. Domestic abuse victims will no longer be forced into cross-examinations by their abusers under a Labour Government.

Labour is also set to introduce new standards for tackling domestic, sexual and violent abuse by appointing a Commissioner for Violence against Women and Girls.

The Conservative Party has also pledged increased support for victims of domestic and violent abuse. The main promise involves passing the Domestic Abuse Bill which was put back on the shelf during the recent prorogued parliament and subsequent election.

The Conservative Party will supplement this act by integrating pilot domestic abuse courts which will aim to address criminal and family matters in parallel.

Whilst the current court reforms remain under intense scrutiny, justice will continue to be a huge manifesto concern.

Will these pledges make a significant impact to the users of the court system? Has the issue of domestic abuse and violence had enough consideration by the main political parties?