Reactions To The Divorce Bill Being Dropped 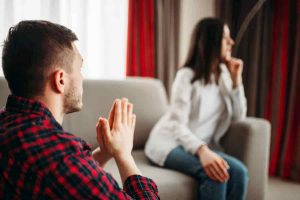 With prorogation entering its second week, as yet, there has been no mention of the return of the Divorce, Dissolution and Separations Bill (known simply as the Divorce Bill), in contrast to its cousin the Domestic Abuse Bill that Boris Johnson pledged to revive in October.

Following the consultation many agreed with Professor Liz Trinder, who led the Nuffield Foundation’s research into divorce law, when she stated;

“Making people produce a ‘reason’ to obtain their divorce… does not save marriages and instead just creates a meaningless charade that can create conflict, confusion and unfairness.”

The Divorce Bill has had cross-party support from MPs, along with experts in their fields and large charities such as Resolution, therefore it is not surprising that the radio silence from Downing Street regarding the Bill is causing frustration for many.

This week has had both supporters and objectors to the Bill respond to the lack of confirmation of the it’s return.

An objector, Ciarán Kelly from The Christian Institute, is happy there has been no mention of its return:

“We are pleased this marriage-wrecker’s [David Gauke] charter has failed to pass”.

The Christian Institute pointed to the fact that 83% of respondents to the consultation, were against the Bill allowing divorce applications to be uncontested, however, further figures stated in the consultation show the reality of any change;

With only 0.67% of respondents in divorce applications in 2017 contesting through to court, it seems that the consultation’s respond to remove the option to contest a divorce would have little impact on applications and benefit those who’s spouse was using the option as a weapon.

Relate, the largest provider of relationship support in the UK feels that “it’s imperative that the Bill is prioritised once MPs return next month”.  Certainly a view held Resolution, who’s core value is the commitment of its members to the constructive resolution of family disputes that consider the needs of the whole family.

Jo Edwards from Resolution released a statement pledging to carry on fighting for the Bill to be introduced:

“Given the wide support the Bill has so far enjoyed, together with the fact divorcing couples have waited for years for this reform, we are optimistic that measures can be reintroduced quickly in a new Parliament, and Resolution will be making the case in the coming weeks and months that Ministers should do just that.”

With 42% of marriages ending in divorce in the UK and research clearly showing the ill effects of less than amicable divorce on children, the current ‘blame game’ needs to be addressed.