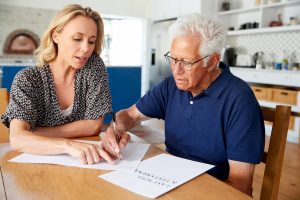 Despite the law aiming to protect the vulnerable from becoming victims of fraud, myriad loopholes still allow criminal elements to prey and exploit those unable to protect themselves and those looking to satisfy one of our most primal urges – finding love.

In recent years, predatory marriages are still prospering from outdated legal systems and romance scammers are thriving in a growing online dating playground.

The rise of the romance scammer

£7.9 million was lost to romance scammers in the opening half of 2019 – a 50% increase on the year previous, according to UK Finance research.

The pressure to find love around Valentine’s Day can be overwhelming and with the nation becoming increasingly tech savvy or dependent, many turn to dating apps as a potential solution to their dating woes.

However, when over one in five relationships now start online, unscrupulous scammers, cyber criminals and those exploiting social engineering tactics have found a lucrative income stream.

Scammers prey on the sincerity of the majority that are actively looking for love. People are trusting, willing to believe in the story being woven by the criminal. Unfortunately, the romance ends in tragedy with money being transferred and hearts being broken.

On average, the successful scammer pilfers £321, with some parting with life-changing sums of money.

Overall, in the opening half of 2019, it is thought that criminals exploiting dating apps had increased by 64% since 2018 and over a fifth (21%) of all the people using dating apps had been catfished and/or asked for money from the scammer they were talking to.

“Romance scams are both emotionally and financially damaging for victims. The popularity of online dating services has made it easier for criminals to target victims, so we urge everyone to be cautious this Valentine’s.

“Although banks are always looking out for suspicious activity, customers must be on their guard and protect themselves too. Always be wary of requests for money from someone you’ve never met in person. If you think you’ve been the victim of a romance scam, contact your bank immediately.”

Worse still, there is still no clear and effective legislation in place preventing a person from exploiting another by coercing them into marriage so they can benefit financially.

Usually, those losing capacity are frequently targeted and exploited into marrying, despite fears they may not be aware of the union they are entering.

Often, the marriage is secreted away from the vulnerable person’s family with the marriage coming to light after death.

Towards the end of 2018, Labour MP, Fabian Delph, attempted to make changes to the law through the Marriage and Civil Partnership (Consent) Bill 2017-19.

The Bill required the person registering the marriage or civil partnership to attest the valid consent of both parties before it is solemnised.

Here, the registrar would need to ascertain whether both parties are able to consent to the marriage and would involve a more thorough understanding of capacity before completing the ceremony.

This could have provided an additional barrier of protection that would have prevented the criminal from being legally entitled to a substantial slice of the estate.

As it stands, the Matrimonial Causes Act (1973) ensures a marriage supersedes any earlier Will, potentially overriding the incapacitated’s final wishes and unwittingly disinheriting their loved ones.

The Bill enjoyed a first reading on 21st November 2018 but failed to complete its passage through parliament.

Since this time, the Civil Partnership, Marriages and Death (Registration Etc) Act 2019 was extended to include heterosexual couples. This extended the protection offered to same sex civil partnerships regarding various rights and benefits, such as parental rights and financial entitlements.

In essence, the law could have widened the scope for predators without considering additional safeguards for the UK’s most vulnerable.

Although the day of love is upon us, to many it remains a bitter scar and reminder of the UK’s legal fragility in preventing attacks of this nature.