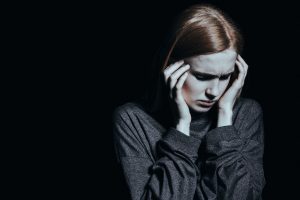 The Office for National Statistics has released figures showing a shocking 27% increase in domestic homicides in 2018/2019 compared to the previous year, meaning 80 women and 16 men lost their lives to acts of violence by a partner or ex partner.

In total there were 99 female and 30 male victims of domestic homicide, where they were murdered by a member of the household or by an intimate partner.

In light of the new figures, there have been further calls for the government to reintroduce the Domestic Abuse Bill as well as the guarantee of a safe home for those fleeing domestic abuse and violence.

“These figures are a devastating reminder of why it’s so important for women experiencing domestic violence to have somewhere safe to escape to, and how our continued failure to act is having fatal consequences.

“We know that leaving an abuser can be one of the most dangerous times, but currently we’re leaving women with no option but to return to the very place and person they were trying to flee from, because they have nowhere else to go.

“This is truly shameful; we can and must do better than this.”

In October 2019, it was announced by Housing Secretary Robert Jenrick, that in 2021 councils across England will have a legal duty to provide essential, life-saving support in safe accommodation to survivors of domestic abuse.

Many councils currently provide support, however it can be a postcode lottery for survivors, therefore this new funding, along with the legal duty, will allow the same support regardless of where they live.

Further support to victims will be through the highly anticipated Domestic Abuse Bill, that will be the first bill to give a statutory definition of domestic abuse that will include economic, controlling and manipulative non-physical abuse.

‘This rise in domestic violence murders is extremely worrying. We need an urgent, detailed examination of every case and what failings they have in common.’

“It is deeply disturbing to see that more women are being killed, in part due to a rise in homicides as a result of domestic abuse.

“Working with the families bereaved by murder and manslaughter, we know that the impact of these crimes is devastating to both families and communities. These statistics highlight the fatal impact of domestic abuse, and show how much more needs to be done to tackle abuse and keep victims safe.”

The Domestic Abuse Bill was not carried over during the proroguing of Parliament and has not been reintroduced to the new Parliament.

With much support across all parties, and pledged to tackle domestic abuse across election manifestos, legal professionals and charities are eager to see when the Bill will be reintroduced, however as yet no date is set.