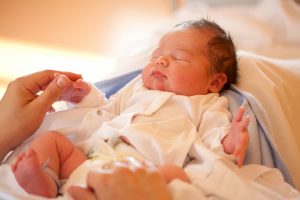 A growing trend sweeping social media and parenting forums, is that of a “baby-nup”; a pre-baby agreement drawn up by parents, that divides chores and expectations before the haze of sleepless nights and nappies.  We asked a panel of family solicitors their view on the subject that has social media divided.

Although prenuptial agreements, best known as ‘prenups’, have been used for over 2000 years, the earliest documented ones being used by the Egyptians, it has not been until recent history that the prenup has become more popular.  In the US the prenup has evolved into a legal equitable agreement, with half of states using the Uniform Premarital Agreement Act that set rules on interpreting prenups in court.

In the UK, prenuptial agreements have been used since the 1400s, protecting property rights.  However, currently in the UK, prenups are not legal, but they are gaining popularity and are on the rise.  For any agreement to be upheld by a court, it will depend on its fairness and the court may still use its discretion to ensure a fairness.

As with many trends, the prenups seemed to have gained popularity following trends in the US, where despite being common place since before the introduction of the Married Women’s Property Act (MWPA) of 1848, numbers have been increasing significantly in recent years.  With people marrying later in life and often bringing more assets into a marriage, couples are looking to protect themselves in any future possible divorce.

However, there is now a new trend emerging from across the pond, along the same lines of prenuptial agreements – the ‘baby-nup’.  Parents are beginning to sign contracts that delegate responsibilities, especially if they have an equal workload.  Not as rigid as a prenup, parents are allowed to make adjustments and of course they are not legally binding.

With parents divided on social media as to whether the agreements are sensible or ‘immature’, some experts are actually in favour of agreements, but rather than just splitting up the household and childcare duties, the agreements should focus on financial expectations and childcare arrangements.  Agreements could also cover more contentious issues such as schooling and religion.

Although unlikely to ever be legally binding agreements, when couples approach a solicitor looking for a prenuptial agreement, should the solicitor consider advising them about a possible ‘baby-nup’ agreement alongside?

“Matters in relation to children are dealt with separately and under the Children Act 1989. Parties are encouraged to agree arrangements for their children between themselves and most people do, however, unfortunately, when relationships break down, arrangements for the children can often become contentious which is not in the best interest of the children. The advice should always be to agree what is best for your family with flexibility to change the arrangements as your child or children gets older, if couples wish to record the agreement then they can do so providing the needs of the child/children remain the focus and both parties communicate effectively in the best interest of their children.”

“Having a baby is a life changing experience for parents. Always joyful, parenthood can bring with it physical and emotional exhaustion and both financial and time pressure. Anything which helps potential parents think about major decisions in their children’s lives before the baby comes along and all of these factors come into play is going to be a good idea. Couples should beware of being too rigid and any agreement should only ever be used as a way of working out issues before they become issues and working out in a sensitive way what each party expects of the other as a parent. Without these discussions, parenting duties may fall along stereotypical gender roles which may cause frustration and tension. The court would, however, have no power to enforce such a contract, although it may look at its terms as a ‘statement of intent’ for example, that parties intended to share the care of future children or intended them to be raised in a certain religion.“

“Whilst having a baby can be the most wonderful time for a couple, it can also put a huge strain on a relationship. There are times when such a strain, coupled often with a lack of communication, can lead to a relationship on the rocks. Sitting down before the baby arrives and talking about how things might work could be incredibly beneficial for some couples. Quite often, people have very different parenting styles, and this is often not appreciated until after the baby has arrived, when lack of sleep can mean any discussions may not always be the most constructive. Talking through how various tasks might be divided, or looking at possible parenting styles, might help some couples come up with a plan of action that helps them once their bundle of joy arrives. It also might help lay the foundations for better communication in the event of a relationship separation in the future and lead more comfortably into shared care arrangements and parenting plans.”

“In my experience as a family lawyer and a father to an 18 month old baby, I have doubts and reservations about a ‘Baby Pre-Nup’ or the idea that parents can contract out their roles and responsibilities as parents.

“With the unpredictability and chaos a new baby brings, I can quite understand the desire and need for parents to plan and attach some certainty, routine and stability to their daily routine.  However, children law in England is not centred around the parents – it’s primary focus is on the child and its best interests. Whilst a child’s best interests are often served by having a meaningful and long lasting relationship with both parents it does not follow that the child’s best interests will be served by having every minute of its day planned for the foreseeable future in a legal contract. This is the crucial difference between pre-nups within a financial context and baby pre-nups. Children – not the parents – must be the priority and a baby pre-nup shifts the focus away from the children and onto what the parents want.

“As children grow and develop, their needs change and so do the parents roles and responsibilities in meeting those needs. Any agreement is bound to be out of date in a matter of months. There are always things that happen with babies and young children that even the most organised and forward thinking parents cannot predict. There are times when children need something new or need their parents to switch roles. English law already has parenting plans which allows parents to set out their wishes and feelings in a formal legal document. Crucially, however, it does not tell parents what to do and at its heart it is a document that recognises the children as the focus and that parents need to be flexible. It is not legally binding and it cannot impose outcomes on parents. In my view a baby pre-nup is a step too far.”