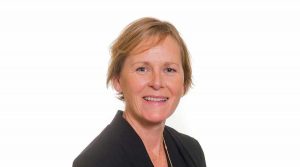 With over 30 years’ experience as a family law barrister, Frances Heaton QC has been at the Chambers for six years, specialising in Family: Children Law. Frances was called to the Bar in 1984, in 2002 she was appointed as a Recorder and took silk in 2012.

News of Frances’ appointment comes just two months before the centenary anniversary of the Sex Disqualification (Removal) Act 1919, when all legal barriers to women working as lawyers were removed. Passing of the Act was a landmark moment for gender equality in the legal industry as today, one third of all practising barristers and approximately half of all practising solicitors are women.

“I am delighted to welcome Frances as Joint Head. As a member of the Board, Frances has played a key role in helping us work towards our vision of becoming the most cohesive Chambers in the country. We will work in partnership to carry on the exceptional work of our previous Head, Sally Harrison QC, in ensuring that Chambers continues to thrive.”

“To have been elected as Joint Head of Chambers is a proud moment. Richard has already done a fantastic job as Head over the past year and with this new role, I’m looking forward to sharing the leadership responsibilities alongside him.”

If your organisation has made a new appointment, Today’s Family Lawyer would like to hear from you. Email us as [email protected]