UK Falling Behind In Gender Recognition 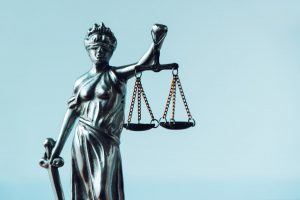 Last week saw the release of a report published by IGLYO, Dentons and Thomson Reuters Foundations, exploring the laws on legal gender recognition, focusing on the rights of young people in eight European countries.

The report aimed to identify some of the good practises in legal framework adopted by different countries and set them against examples where reforms had fallen short, hoping to lead to meaningful change.   Identifying the ‘Good Practice Countries’ they highlight the examples of progressive approaches in terms of legal gender recognition laws, despite no country having ‘perfect’ laws.

The Good Practice Countries are identified as Norway, Malta and Belgium, and all operate on a model of self-determination, being seen as more progressive than others.  Self-determination allows individuals to change their gender of their own will, with no “need for medical diagnosis or court determination”.  The most progressive have no requirement for the individual to live in their desired gender for a prescribed amount of time before being allowed to change.

The report suggests extending the process of changing gender to minors, as well as explaining the requirement for parental consent can be restrictive and problematic.  Norway was identified as being the most progressive in that minors only needed parental consent between the ages of 6 and 16.

Progressive countries also have no requirement for sterilisation, surgical, medical treatment or diagnosis before being able to legally change their gender.

There are many areas recognised by the report as helping people who wish to change gender, however it also calls out the countries who are not as progressive as they could be, these are known as Comparator Countries.  The UK falls into this category and is the only country to not use self-determination for legal gender recognition.   In the UK “trans people must endure a lengthy, complex and expensive process to have the opportunity to change their legal gender”, supported with figures showing only 4,910 people have changed their gender, compared with the government’s estimation that between 200,000-500,000 people in the UK identify as trans.

The UK also falls behind in not having a process for legal gender change recognition for minors under 18, with the report stating that the costs can also have a negative effect for young people as they will be ‘more likely to be in full-time education or, for other reasons, not have access to the necessary funds.’  The report, however, does fail to mention that the fees may be able to be reduced if the applicant is on certain benefits or has a low income.

The main disadvantage for young people in the UK wanting to change gender is the requirement to have two years lived experience as well as the need to have gender dysphoria as a formal diagnosis.  As there is still notable hostility towards the transgender debate in the media and rising hate crimes against trans people, the UK is considered as having a ‘trans-hostile’ culture.  The report feels that this can cause young people to often not have had the two years to live in their gender openly or have had ‘a supportive home environment’ to express themselves, meaning a delay in the time they can apply for legal gender recognition.

The upcoming election has given a voice to the LGBT+ community with Labour pledging to reform the Gender Recognition Act to introduce self-declaration for transgender and non-binary people.  A spokesperson for Labour also stated that “Labour will amend the Equality Act 2010 to ensure it protects trans people by changing the protected characteristic of ‘gender assignment’ to ‘gender identity’ and removing other outdated language such as ‘transsexual’.”

The Liberal Democrats have also made a number of pledges, such as allowing marriages that were dissolved due to the gender recognition process to be retrospectively restored, make hate crimes all aggravated offences to tackle the rising rate and tackle targeted bullying in schools including bullying due to gender or sexuality.

The Conservatives appear to have the least pledges however, being the only major party to not ban conversion therapy or pledge to roll out PrEP on the NHS, which can reduce the rate of HIV by 89%.

There is still much that can be done in the UK to improve legal gender recognition laws, but there are slow movements that give some hope that there will be change.