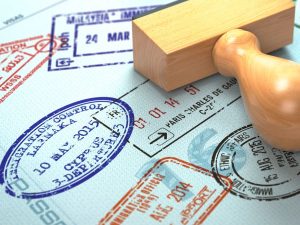 A letter from the EU Justice Sub-Committee has raised concerns that children in care and other vulnerable groups face barriers when applying for the right to stay in the UK post Brexit.

Addressed to MP Kevin Foster, the letter highlights the success of the EU Settlement Scheme (EUSS), with more than 3 million applications and 2.7 million granted a form of status. However, the letter also raises the concern “for those with less straightforward lives, including some of the most vulnerable in our society”.

Along with the EU Justice Sub-Committee, organisations such as Refugee and Migrant Children’s Consortium, Rights of Women and Crisis, who have been supporting individuals in their applications, have raised their concerns.

The main concern is raised for people who are unlikely to have the documentation required to provide proof of residency.

The Home Office has apparently recognised this barrier and put some exemptions in place.

Nicole Masri from Rights of Women explained that the Home Office have:

“built in an exception to enable it to accept alternative evidence of identity and nationality where it thinks the circumstances require it. The threshold is that you would have to demonstrate circumstances beyond your control or other compassionate or practical reasons why you cannot obtain a document.”

The fear is though, that an individual will not know of the exception and either will not apply or may not be given the full rights they are entitled to.

Another fear concerns non-EU nationals being entitled to apply because of an EU national spouse, but the spouse is abusive. The Home Office has been “willing to share the responsibility for proving eligibility by checking the spouse’s HMRC or DWP records… rather than the applicant having to request documents from their abuser.”

The issue raised however, is that the Home Office can be flexible but is not committing to the flexibility in any public-facing guide.

“The women who reach our door and get our assistance are able to access this flexible approach because we are able to advocate on their behalf … we make the necessary arguments to ask the Home Office to exercise the power it has already to overlook gaps in evidence … The concern of course is if people do not access the specialist support to do this advocacy on their behalf, which is probably the majority of people.” – Nicole Masri

The letter states that Government endorsement to show that the burden of proof does not solely fall on the applicant, would be a welcome step.

It was also questioned what steps were being taken to inform potential applicants that alternative arrangements can be made where they do not have access to documentation, as well as what further action was going to be taken.

When it comes to children the EUSS assumes that children will be included in their parent’s application. Children are dependant on others applying on their behalf so may also be at risk of losing their rights.

Marianne Lagrue from the Refugee and Migrant Children’s Consortium explained some of the situations a child may struggle in applying for status:

“We fear that there are between 450,000 and 650,000 EU, EEA and Swiss national children who have not applied to the Settlement Scheme.”

Children in care are particularly at risk due to the lack of checks done by Local Authorities to establish nationality data, meaning there is a lack of knowledge on which children may need to apply.

In July 2019, the government issued guidance to local authorities stating they expected local authorities to identify eligible children, prepare and apply for settlement status. The guidance no longer appears to be online and instead it states it is currently being revised.

“We are firmly of the opinion that local authorities should have a statutory duty to facilitate the resolving of immigration and nationality issues of any child in care.” – Marianne Lagrue

Currently, there does not appear to be any statutory duty, and the letter asks for confirmation on this, as well as what guidance has been given to local authorities in respect to what action is expected from them.

The organisations who help applicants, have previously received funding from the Home Office to support clients, but this is due to stop in March, so many are no longer accepting new referrals. Due to this, the letter asks:

“Given the critical importance of access to specialist support and advice, can you confirm that you intend to continue to provide funding to organisations to support vulnerable applicants (to at least the current level) and, if so, when do you expect to announce the next tranche of funding? What consideration have you given to allowing this funding to be used to cover the costs that applicants face in obtaining the necessary documentation? If this grant is not to be used for these purposes, what other mechanisms are in place to support applicants who cannot meet these costs?“

It was also written that applicants should have access to legal support, and that EUSS cases should be brought under the scope of legal aid. Legal aid is currently available for immigration support for children in care but does not cover other vulnerable groups.

The difference between pre-settled and settled status was also lodged as an issue. Pre-settled status does not allow for the person to access social care, such as housing and benefits. This is particularly difficult for persons fleeing domestic abuse, as they are unable to access a refuge or apply for Universal Credit or housing benefit.

Finally, concerns regarding the deadline were raised. The deadline for applications is the 30 June 2021, and after that, the government has made it clear that those who have not applied will be “unlawfully present”. Applicants who miss the deadline may be able to still apply, so long as the delay was on “reasonable ground”, although these have not been defined.

There is a correlation between vulnerable applicants and complex applications, which may lead to some delay. Nicole Masri from Rights of Women raised these concerns after seeing the length of time some complex cases were taking and argued:

This was supported by Matt Downie from charity Crisis:

“We would very much like it to be the case that Immigration Enforcement could not and should not start until a Settlement Scheme application has been tried and exhausted.”

Many questions were raised in the letter regarding the status of vulnerable people after the EU Settlement Scheme deadline, it will be interesting to see the response from the Home Office.