What A Conservative Government Means To Family Law 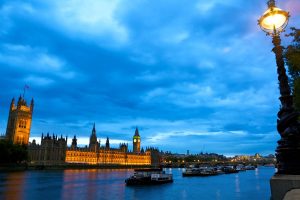 The Conservatives’ ‘less is more’ approach to the election campaign has more than paid off gaining 47 seats and taking a majority government with 364 seats in the House of Commons whilst also relegating the Labour Party to their worst defeat since 1935.

With the largest win since the Thatcher Governments, we look back at the Conservative manifesto to see the pledges and plans in family law.

Prior to the proroguing of Parliament and then the parliamentary recess, it had been promised that the Domestic Abuse Bill would be brought back for the new parliamentary session.

Charities such as Women’s Aid have welcomed the promise to pass the Domestic Abuse Bill, before the election, but as yet have not commented on the result and what it would mean for them.

“We will continue to fight crime against women and girls, including rape, Female Genital Mutilation and forced marriage. Our support for the main carer receiving Universal Credit will help give greater independence to individuals, most often women, trapped with coercive partners.”

The manifesto also stated that they would fight against Female Genital Mutilation.

The manifesto made no mention of the Divorce, Dissolution and Separation Bill, known more simply as the Divorce Bill, that had been in parliament before the proroguing of Parliament in October.  The Bill, that had much support across all parties, would introduce ‘no-fault’ divorce, in the hope to reduce the “creates a meaningless charade that can create conflict, confusion and unfairness” that the current options for divorce bring.

Jo Edwards, from Resolution, had stated on the proroguing of Parliament:

““Given the wide support the Bill has so far enjoyed, together with the fact divorcing couples have waited for years for this reform, we are optimistic that measures can be reintroduced quickly in a new Parliament, and Resolution will be making the case in the coming weeks and months that Ministers should do just that.”

There will be many organisations and lawyers keen to know whether this important bill in family law, will be returned and passed.

There will be a review of care system to ensure children and young adults are provided with the care they need, prioritising placements either through adoption or fostering.  Work will also be done to improve the Troubled Families programme:

“Children who end up in care are more likely to struggle as adults, denied the love and stability most of us take for granted. We will prioritise stable, loving placements for those children – adoption where possible or foster parents recruited by the local authority. We will review the care system to make sure that all care placements and settings are providing children and young adults with the support they need. A strong society needs strong families. We will improve the Troubled Families programme and champion Family Hubs to serve vulnerable families with the intensive, integrated support they need to care for children – from the early years and throughout their lives.”

Following the election, the Law Society of England and Wales is calling on the Government for a mandate to fix the current system that they see as being in crisis.

David Greene, the Vice President of the Law Society of England and Wales said:

“As the new government takes office, the justice system of England and Wales is on its knees.

“Years of under-funding have led to crumbling courts, a crisis in criminal justice and growing numbers of vulnerable people refused legal aid and unable to enforce their rights.

“Access to justice for all is a cornerstone of the rule of law and our values – the stakes have rarely been higher.”

The Law Society has called on the new government to improve access to legal aid for early advice from solicitors in housing and family matters.  This would allow people to resolve issues more quickly rather than them escalate to litigation.

The Society has also called for the thresholds for the means test for Legal Aid to be increased, giving more people can access to the justice system.

It has been made clear that the majority of the nation wishes to ‘get Brexit done’, and this is now the clear main objective on the return of Parliament.  There will, undoubtedly, be delays to any of the pledges that will affect family law, whilst the finer details of Brexit are worked out, but at least there is hope for movement in important areas for family lawyers.