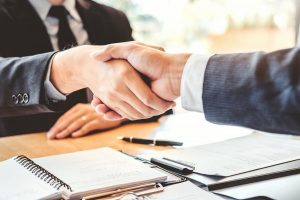 Ampla Finance, the legal finance provider, has today announced the appointment of Richard Kennerley as its new CEO.

Richard joins at a period of significant growth for Ampla, which is experiencing strong demand for its matrimonial and estate loan products, providing individuals with quick access to flexible finance to cover divorce proceedings and loans to estate beneficiaries and executors. Having already announced plans to expand its estate finance into Scotland, Richard will now look to consolidate the business’ growth.

The former head of Clydesdale and Yorkshire Bank’s (CYBG) Corporate and Structured Finance business, Richard has extensive experience in corporate and consumer finance in both the UK and APAC Region. In addition to leading and developing CYBG’s Corporate and Structured Finance business through the global financial crisis, Richard spent 11 years working in Australia, including as the Queensland State General Manager of National Australia Bank.

Richard was also the CEO of private equity-backed, consumer finance and credit management businesses in Australia, and was a Director of Queensland Country Bank and the Brisbane Broncos Leagues Club. He has also been an advisory board member of the Australia China Business Council and Financial Services Institute of Australia.

“This is a hugely exciting opportunity for Ampla Finance and I am delighted to have been appointed CEO of the business at this crucial time in its evolution. In addition to developing our family and legacy products we are also excited about expanding into new markets and product offerings.”

“One of the main attractions that drew me to Ampla is its overarching commitment to putting the customer at the heart of everything it does, which has established the business as one of the pioneers of the legal finance market in the process.”

“I have been hugely impressed with the Ampla team and its commitment to developing the business.”

“I’m thrilled to welcome Richard to Ampla Finance. With his background and experience working in financial services and consumer finance across two continents, which few others can match, he was the perfect choice to become our first CEO. The entire Ampla team is really looking forward to working alongside him as the business continues to move forward on an exciting path post-Covid.”